Background and Commentary: A Must Read

The Origin of the Project

A few years ago we wondered what the real cost of abortion was.

We knew it had to be more than just the numbers (which are not even accurate due to minimal reporting). So we created a spreadsheet model and tried to get some idea of the total economic impact of abortion.

Frankly, it is almost beyond comprehension. We have systematically removed more than 226,403,074 individuals from our country. People who never had a chance to grow, innovate, produce, provide, buy, sell, love, grow. This is the source of our housing crisis (we've killed all the buyers).  It's the source of economic slowdown (we've killed all the innovators and workers).

Of course, the pragmatic argument gets one's attention. But it does not replace the real issue: Somehow we have chosen to accept the outright killing of human beings. If we tried to do this to a dog or horse or a cat, or attempted suicide, or cut off our limbs, we'd be arrested. Yet every day, every 24 seconds, a defenseless human is cut up, salted out, has its brains sucked out and more. Why? Because we've been convinced the infant in the mother's womb is not a real person or we just don't care that they are.

Every year at our local fair we show the box of infants at various stages of growth (7 weeks through 30 weeks). The models feel like real babies, same weight and size. Every person who looks at them (regardless of their position) will say, "See. That's how big you were in mommy's belly..." You see, they have no trouble seeing their children as fully human during pregnancy. So what  is the difference? What is the difference? You tell me. Don't' bother, you cannot. Abortion is murder and it's that simple. 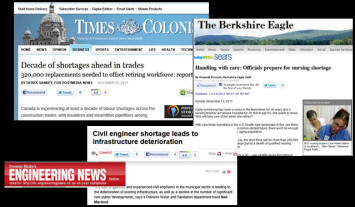 Where are the people?

Recent headlines indicate the effect: We are missing millions of 'replacements' for key fields and tasks. This 'demographic winter' effect is a serious issue. And what do expect? We have tampered with the design of creation.

For more information on demographic winter watch this video.

Accuracy of the Data: Scarier and Scarier

Getting accurate abortion statistics is nearly impossible. Other figures are based on government reporting and IRS averages. Please do not attack this project on a statistical basis. I know and you know the figures are general.  Even if this is off by 10%, 20% or more, it is still a staggering number (and is likely much worse than the sheet shows).

The data on chemical abortions is estimated. Dr Bogomir Kuhar, executive director of Pharmacists for Life International, estimates that chemically induced abortions would increase the base numbers by 2 to 3 times. Please visit their website at http://www.pfli.org for more information.

What is the difference between chemically induced abortions and surgical abortions?

All legal, medical, and ethical research points to conception as  the only logical definition of the beginning of new life.

Chemically induced abortions are caused by birth control pills and devices that cause a fertilized egg to abort and are therefore no different than surgical abortions.

Surgical abortions are procedures that occur typically after 7 weeks and in most states can be performed all the way up to delivery. Surgical abortions use a range of techniques and procedures including chemically induced death, dismemberment, removal of the babies brains, and other gruesome techniques.  Please review the methods at the excellent website, Abortion Education at http://www.abortioneducation.org. The abortion methods section starts at this page http://www.abortioneducation.org/ae/WhatHappens/index.htm.

Our data begins at Roe v Wade in 1973. But the birth control pill was widely available in the early 60's. It is impossible to estimate how many babies were killed in in the years between then and 1973.

It Gets Even Scarier

And we haven't touched the obscene amount of money that flows through the abortion industry from insurance, taxes, and other public funds. Nor have we discussed the staggering emotional toll on the mothers and fathers of these children who have for the most part been duped into accepting this as an acceptable alternative to dealing with the results of a moment of passion. Sooner or later they realize what they've done. Nor have we discussed the long term medical implications of abortion and the related costs.

And for what? To be free from a most sacred responsibility? For a moment of sexual pleasure? For that we've terminated millions and millions of innocent lives? Sex is an important part of our experience. But it is not a reason to kill. You want to have sex? Use a barrier contraceptive or self control. But don't kill the product of your pleasure.

We spend millions of dollars a year protecting the lives of our citizens, our children, the elderly, the handicapped, and criminals. Why? Just because they escaped from their mother's vagina? Is this the new Berlin Wall? Is it the new window to freedom? Really, any person who puts an iota of thought into this will realize the absurdity of the situation.

In response to this data many people will say, "Wow. But where would they live?" Or, "How could they find jobs?" These are completely fallacious arguments. These are not reasons to kill babies. The fact is our economy is struggling because of the loss of talent, life, industry, and innovation. So what are you going to do with this? You must decide if you will act on this. Abortion is murder and we are all allowing it to continue to destroy lives and our country.

The Source of the Statistics

Variables Used for this Sheet